The new Sir Nigel Gresley Square is at the heart of the Doncaster Civic and Cultural Quarter masterplan and provides a major new outdoor space for Doncaster.

We oversaw the development of the masterplan together with AECOM and have delivered a new low-energy civic office for the council as part of it.

In a 2003 Urban Renaissance Masterplan commissioned by Yorkshire Forward, it was recognised that there was an opportunity for a new Civic and Cultural Quarter (CCQ) in the Waterdale area of Doncaster.

Developing the CCQ in this comprehensive manner should lead to a far more successful and sustainable development and long-term regeneration of the area than would be possible if a piecemeal approach was adopted. 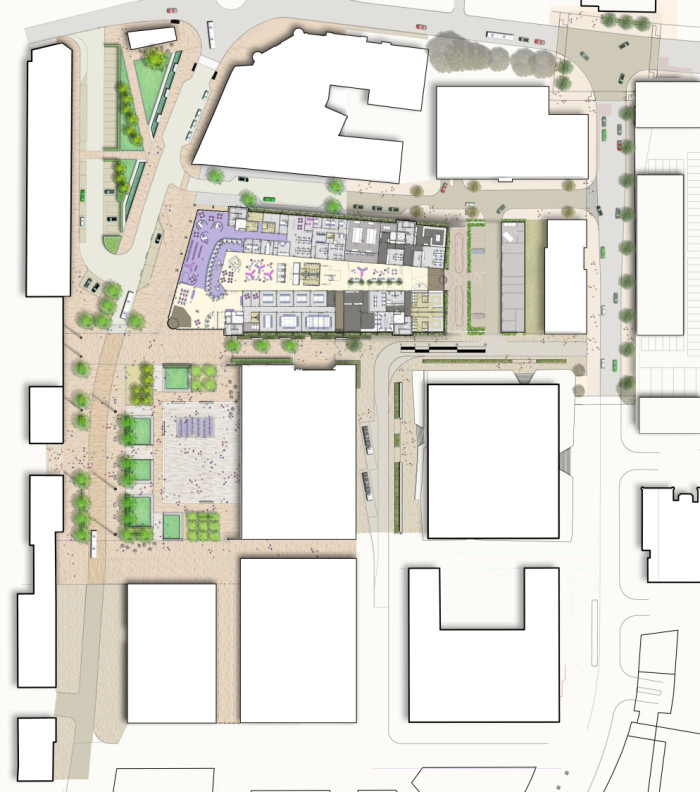 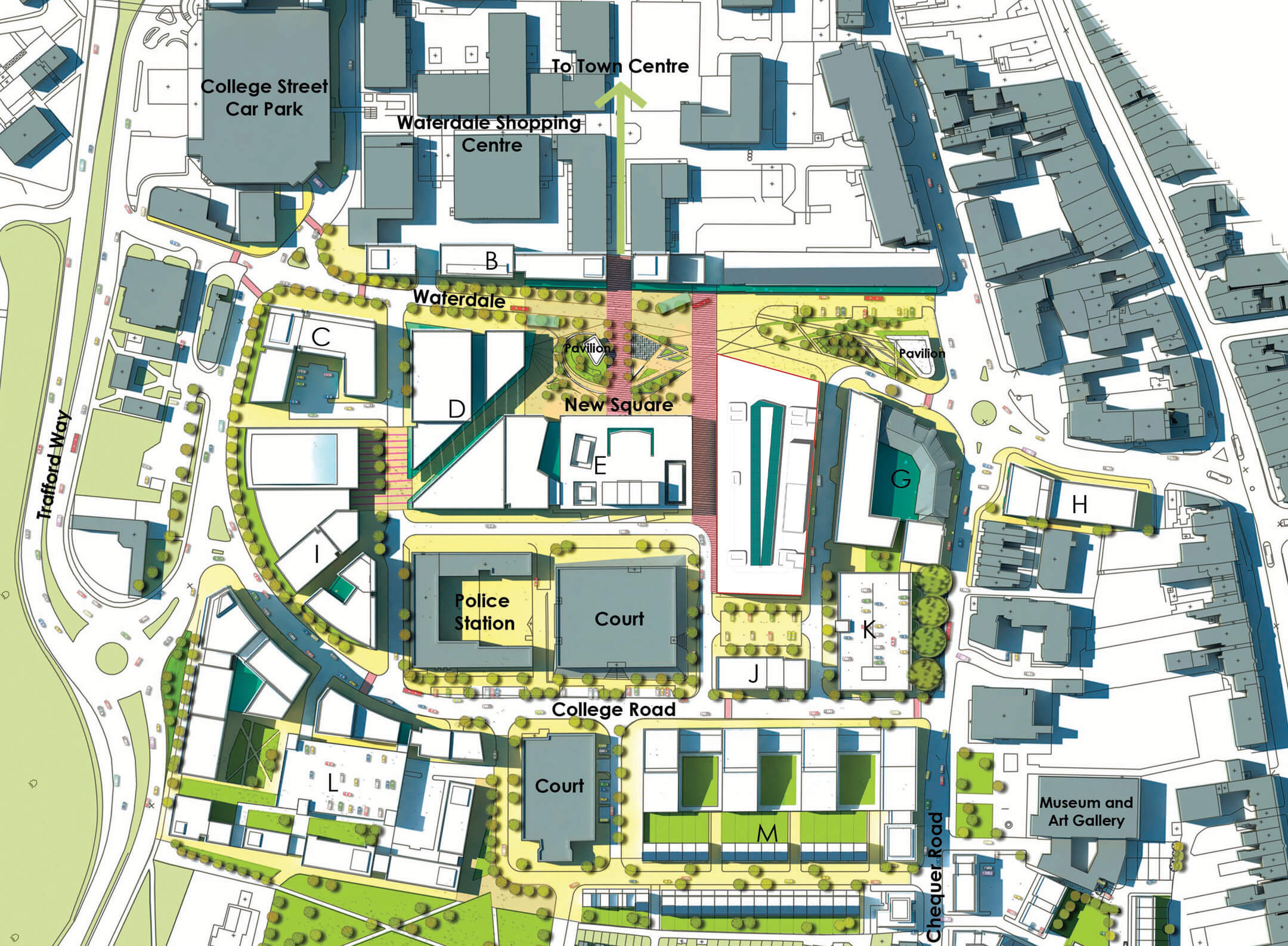 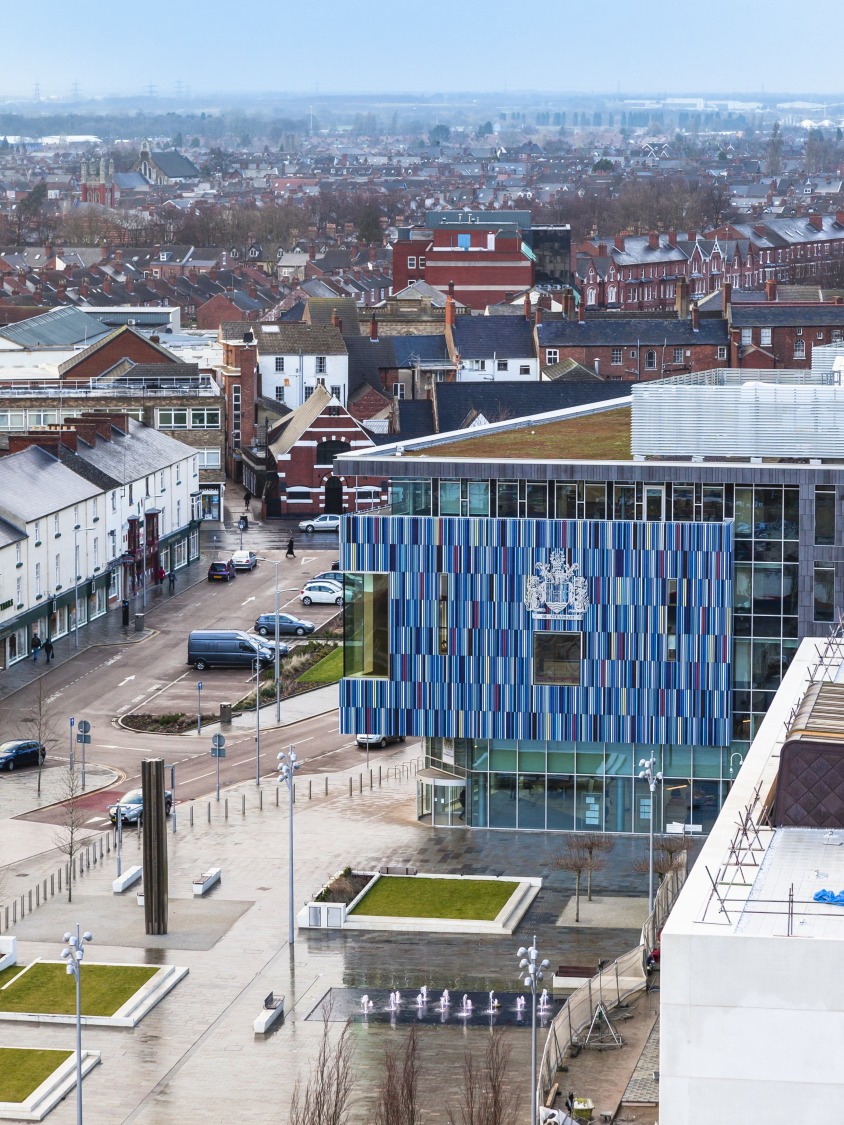 Back to Urban design and masterplanning 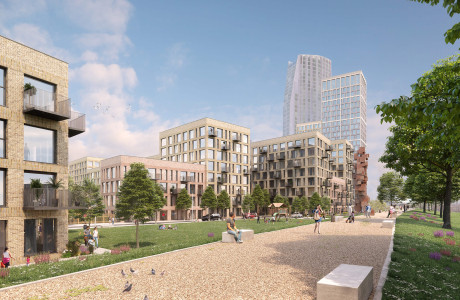 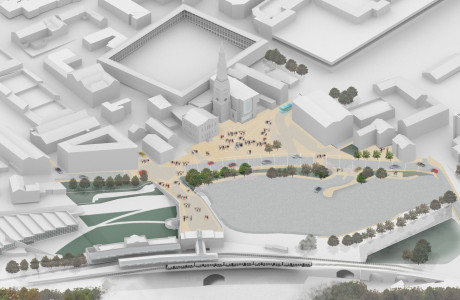 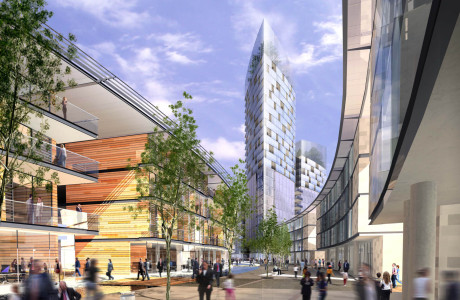